Keswick School is an 11-18 Academy in the Lake District offering both day and boarding places.  I teach English part time here and also run the school library.  As part of this, I run the school's reading club and I also set up a Writers & Illustrators Club which has members from Year 7 to Year 13.  We do lots of different activities, from independent writing activities, club only and national competitions and also team writing projects.

In 2014, the 17 members of the club wrote a historical fantasy novel called The Reader.  The idea for the story came from a Reader's Digest 100 word story competition where I wrote about a book with consciousness.  This became the prologue for the novel:
Prologue
The book was watching.  Always watching.  Always waiting.  Waiting for the next reader.  Always longing to be like the readers who read it.  Wanting to be human. No matter what.
∞
The book did not remember when it began to think, or when it began to feel.  But at some time, as readers flicked through its yellowed pages, it began to sense something from them; little flashes of emotion that stirred it into consciousness.  Its words began to move, the letters shook, the pages turned.
Time meant nothing to the book.  It did not remember the moment of its conception or of its creation.  Nor did it know what it had been created for.  Its readers never seemed to learn anything from it.  The book had watched them for centuries, the humans, making all their mistakes; destroying their own kind in the name of wealth, power, ambition and religion.  It had seen the same thing over and over again but they never learned.  As time went on and the princes and paupers of the past turned to dust and faded from memory, new ones arose from their ashes like phoenixes to repeat the cycle over and over again. The book grew tired of its helpless observations.  There was nothing it could do.  As a book it had no power to help change things.  ​
In December 2019, Keswick School's Kids' Lit team won the UK National Final in London and qualified for the International World Final which would have been held in New Zealand in July 2020.  We were all very excited to be representing the country in the sport of reading. 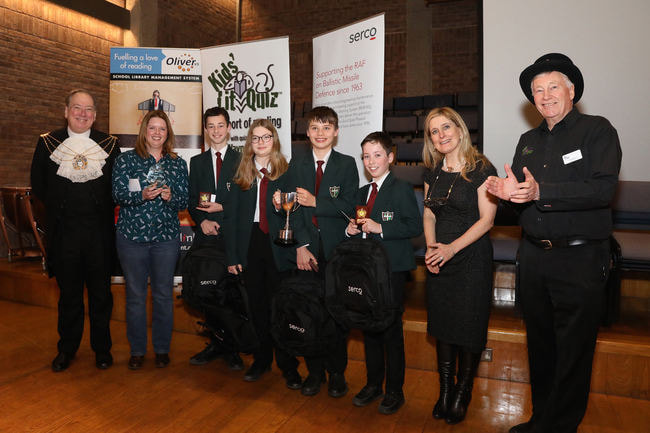